Everyone at Berghaus is deeply saddened to hear of the passing of Gordon Davison, who co-founded the company with Peter Lockey in 1966. Gordon was a true pioneer of the outdoor industry and it was his engineering brilliance and maverick spirit that led to the first ever Berghaus products being created above LD Mountain Centre in Newcastle upon Tyne.

Obsessed with product performance and with testing kit out in the wilds, Gordon was not only an ingenious and creative problem solver, but he also empowered countless others to complete incredible feats of mountaineering and adventure. Together with Peter Lockey, he made an impact in the outdoor sector that still resonates today.

Gordon leaves behind an incredible legacy, and we believe that his spirit will be forever captured in Berghaus. Gordon’s family has released a tribute, which you can read in full below. 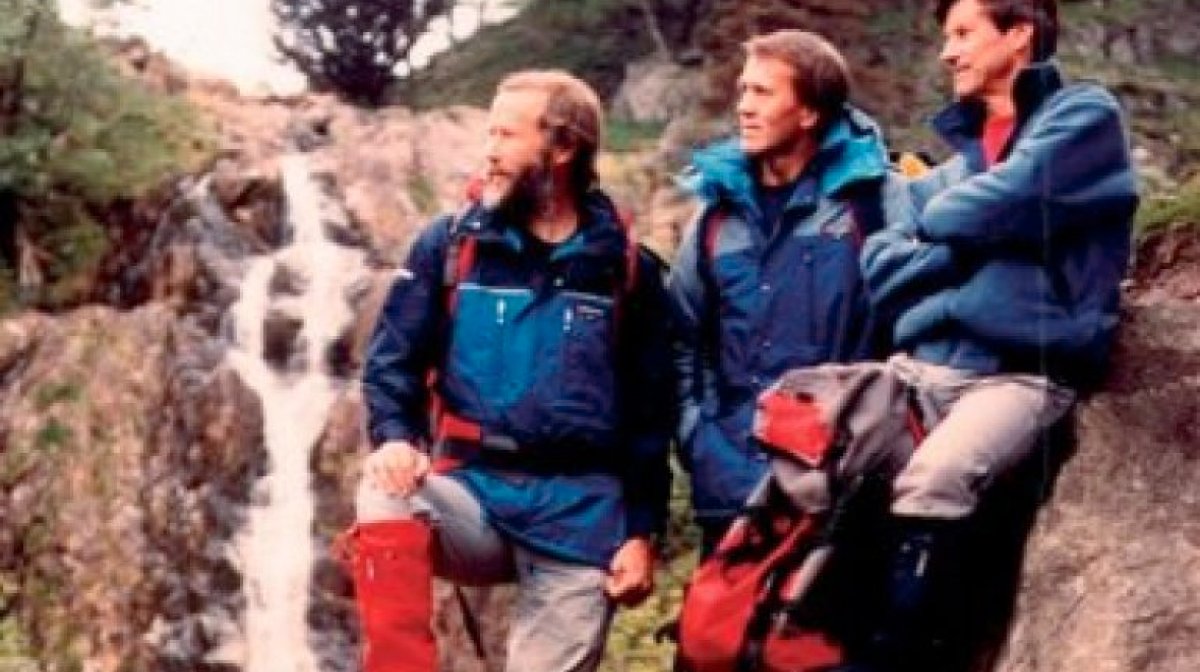 It is with deep sadness that we report the death of Gordon Davison, co-founder of internationally recognised outdoor brand, Berghaus. Gordon died on the evening of 24th June 2020, after having previously suffered a heart attack.

He was surrounded by his family and, despite the seriousness of his condition, displayed a sense of humour and positivity, right to the end.

Gordon made history in the outdoor sports industry and the list of innovative products his name is behind is legendary.

Along with his friend and fellow entrepreneur Peter Lockey, Gordon opened the LD Mountain Centre in Newcastle upon Tyne in 1966, the first specialist outdoor retail outlet of its kind in the North East of England. The LD prefix to Mountain Centre referenced both founders – Lockey and Davison.

A keen mountaineer, Gordon was an engineer by trade and soon began to develop products to sell in the LD Mountain Centre and other outdoor stores. These products were quickly branded Berghaus, because naturally other retailers were reluctant to buy from a competitor. The name is – an abstract translation of Mountain Centre into German (a centre in the mountains being a mountain hut, a ‘berghaus’). An added benefit came with the name, because at that time German products were renowned for their performance and reliability.

Those first Berghaus branded products, designed and developed by Gordon Davison, began to appear in outdoor stores in the early 1970s. From that point, under Gordon’s direction, the company introduced a succession of industry leading innovations. These included products that are renowned world-wide in the outdoor industry, such as: The Cyclops internal-framed back system for large rucksacks that revolutionised load carrying; the earliest waterproof and breathable Gore-Tex jackets to reach the market; and the Yeti gaiter, which became the benchmark for waterproof boot protection and is still used on expeditions around the world today. The distinctive rubber rand used in the production of the Yeti gaiter was initially made from old tractor tyre inner tubes, making it an early example of a truly recycled outdoor performance product.

The success of some of these early products allowed Peter and Gordon to continue pushing boundaries in outdoor gear development during the 1980s, with landmark Berghaus product such as the pinnacle Extrem range that was introduced in 1986 and once again set the standard for specialist climbing and mountaineering kit. The first Extrem collection included the Trango jacket, which like the Cyclops and Yeti before it, became an iconic product in its sector.

By this time, the business had grown into a dynamic and successful international outdoor brand, and was working with many of the world’s greatest climbers and adventurers. Berghaus was presented with the Queen’s Award for Export in 1988 and was then operating out of multiple sites in the North East, with manufacturing and warehousing bases in Washington, as well as a head office above LD Mountain Centre, which continues to trade as a highly successful specialist outdoor retailer to this day, with Gordon’s son Peter Davison as a director.

Gordon Davison’s legacy extends well beyond his role in the outdoor industry. He and Peter Lockey employed well over 500 people in their factory in Washington, North East England, and probably many thousands of people over the years, and the outdoor and sports industry is littered with the names of successful individuals who would testify to the inspirational role Gordon played in their lives.

The Leaning Tower of Disah