Front pointing in the Alps when a damaged calf muscle precludes fell tracing might sound a silly idea. But my cancer doctor’s advice had been to ‘listen to my body’ and experiments with front pointing up a tree in my garden suggested that my body could be ready for an alpine adventure after all.

‘Just something gentle to start with,’ I suggested to Victor. 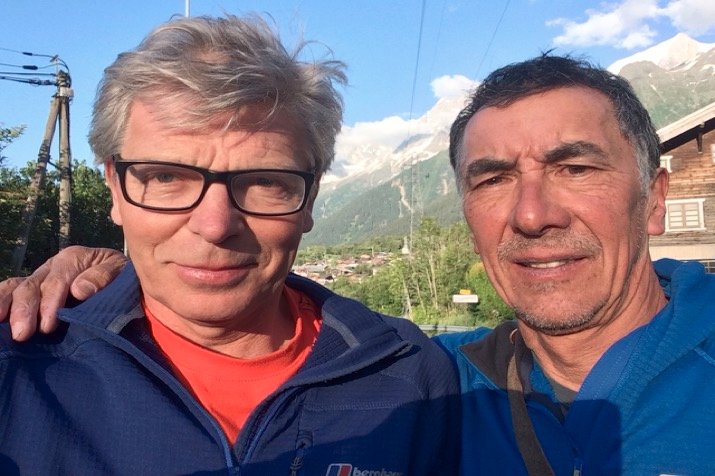 Me in trusting mode while Victor dreams up ‘something gentle’.

Somehow that meant us being joined by master photographer Ben Tibbetts and setting out on the Lauper Route on the north side of the Mönch. This is a 4,000m peak in Switzerland and the route is graded Tres Difficile (TD), with several thousand feet of front pointing. Somehow it didn’t quite seem to fit the bill. 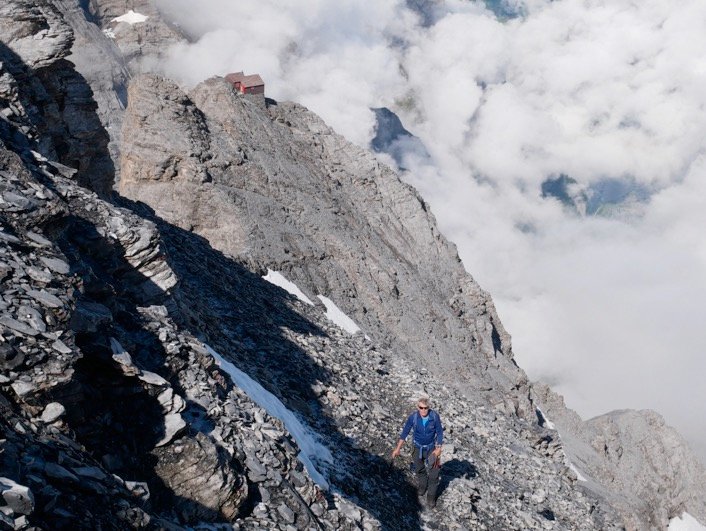 Looking down on the wonderfully situated Guggi Hut while on the way to the Lauper Route.

‘Ben suggested it. He wants photos of it for his book,’ explained Victor.

At the delightfully small and traditional Guggi Hut, my leg throbbed in nervous anticipation. I slept badly. Was this really a good idea? I even floated the thought that Victor and Ben might have to go off together.

But my calf-testing activities in the garden proved a good test. By the time we were on the upper slopes, my throbbing altitude headache was more painful than my calf. In-between, the highlight of the climb had been the infamous ‘Schulterstand’ where early ascentionists performed an amazing shoulder stand on a snow cone to overcome a large overhang. Victor professed himself grateful that my being able to pull on an in situ sling meant that his shoulders survived intact. 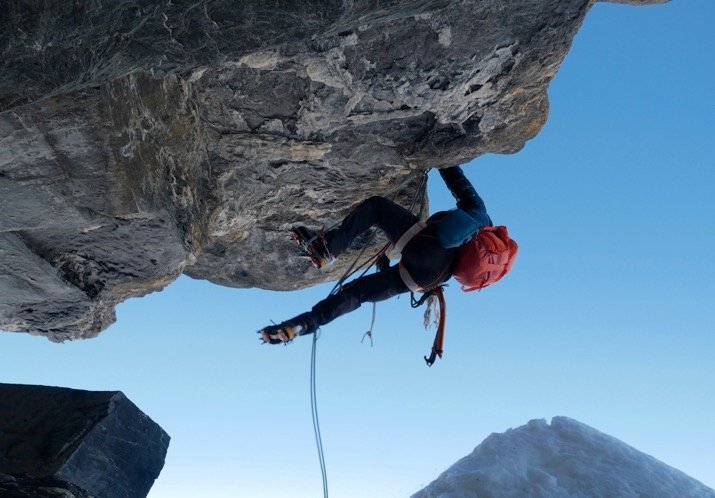 The ‘Schulterstand’ pitch. In the days before an in situ sling, standing on shoulders to surmount this huge overhang must have been quite memorable.

At the Mönchsjoch Hut I felt tired and a little concerned about a possible symptom of my cancer problem, but Ben was now keen on doing the NE Ridge of the Jungfrau. ‘Another one I need for the book,’ he enthused. The ridge is long and complex and very fine. It was difficult to say no. 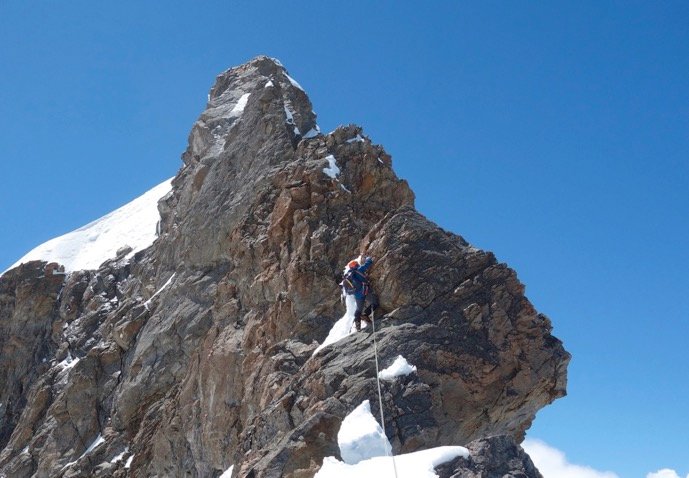 Victor engrossed on the NE Ridge of the Jungfrau. Being 68 doesn’t slow him down at all!

Ben bounced around like a rabbit with his huge camera while Victor and I dawdled along, soaking up the scenery. 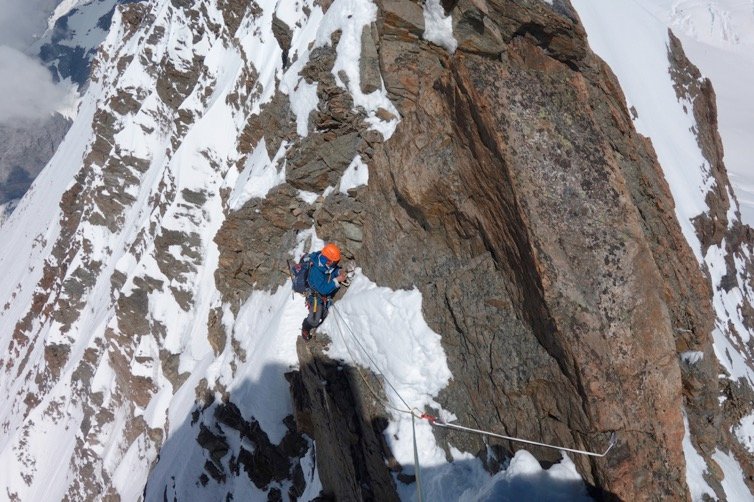 Hours ticking by on the wonderful NE Ridge of the Jungfrau.

The hours ticked by. An evening storm added interest, darkness overtook us and the beers left out for us at the Mönchsjoch Hut were most welcome. It had been a very fine and very exhausting day. Afterwards, it struck me that my leg hadn’t hurt at all. Odd the way aches and pains go away when climbing.

The next day, before descending on the train, we were able to move into tourist mode for a few hours and marvel at the remarkable sights within the Jungfraujoch complex. Different sights to the mountains but memorable all the same. 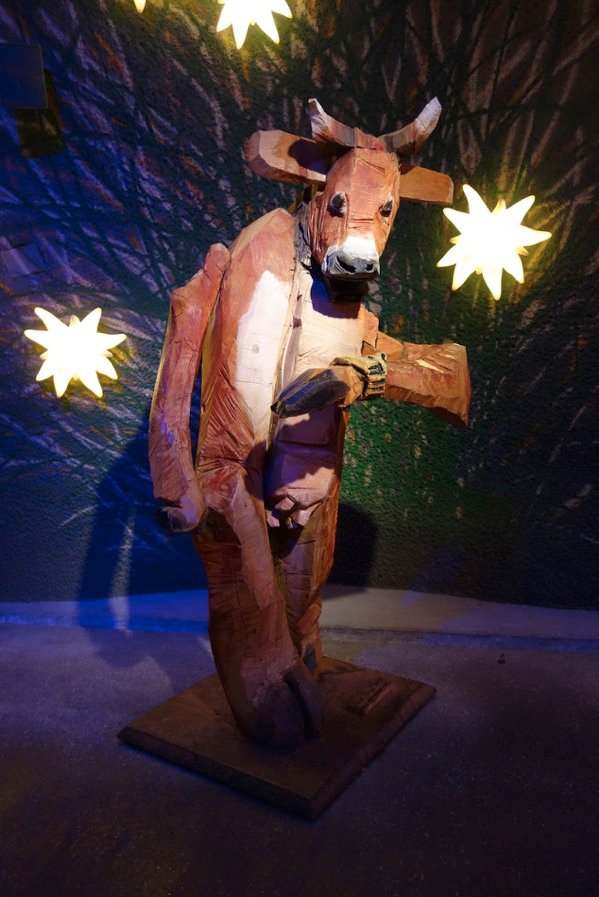 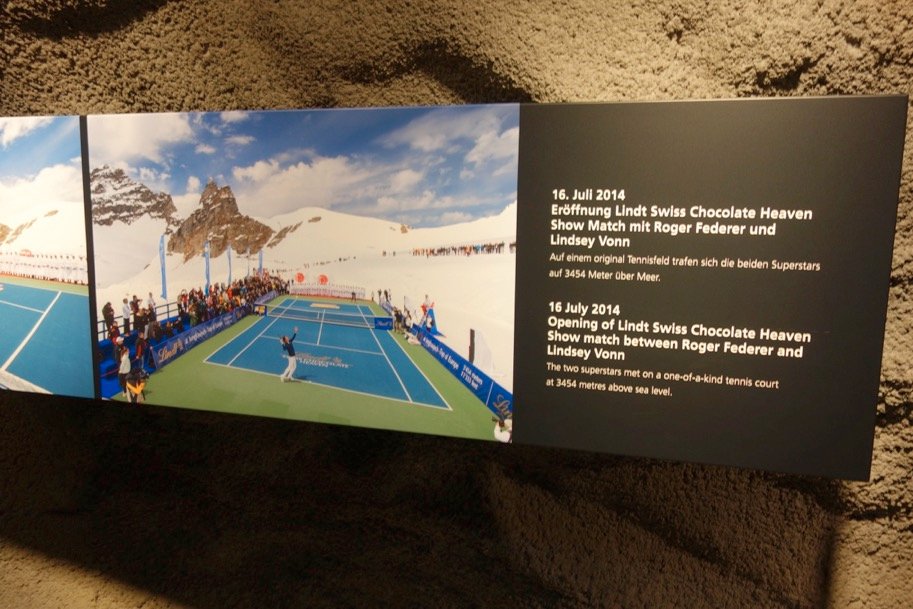 The things they do to advertise the Jungfraujoch! No sign of Roger Federer, Lindsey Vonn or the tennis court when we were there. 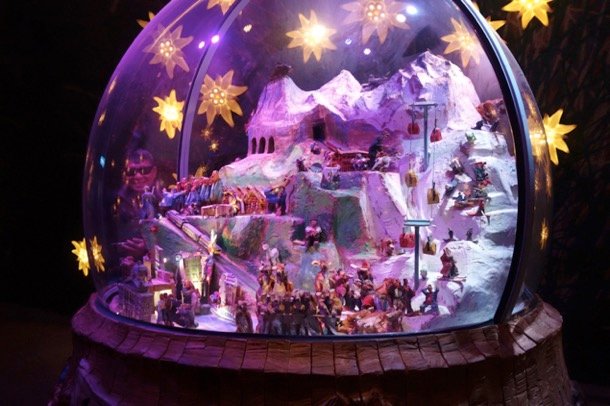 A feast for the eyes. Huge snowdome complete with changing illumination. A fair-size queue for this one. 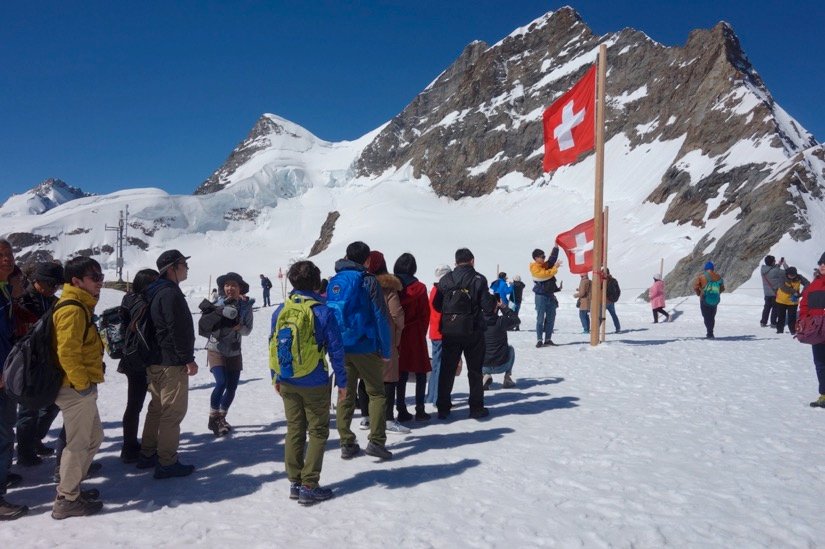 But the longest queue in this multimillion pound complex was to have a photograph taken with a Swiss flag! 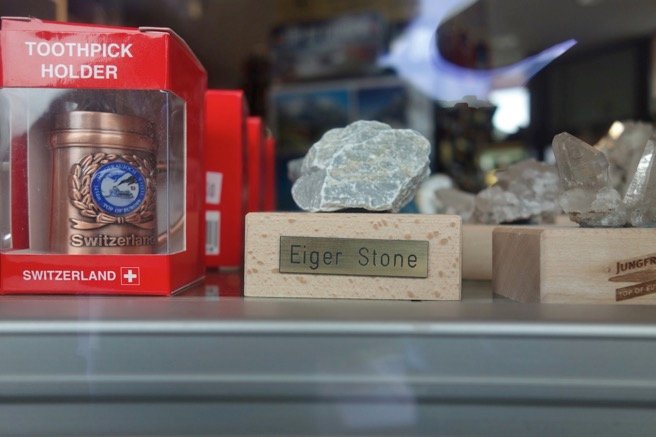 Somehow we all resisted the temptation to buy a piece of stone or a toothpick holder.

But I couldn’t resist photographing the fine sign in area 10!