Leo Houlding gives Berghaus his perception of risk and why he would never ride a bicycle on a road.

How much of a risk was the trip across Antarctica?

Risk is very relative. We all have a different interpretation of what safe is and what dangerous is. Also, any decent person will change their attitude towards risk when they have dependents.

All of this, however, is part of the scale of risk. During my training and learning about the polar regions, I realised that, in many ways, walking across this enormous continent is far far safer than mountains.

We always look at the ‘objective hazard’. This is the term we use to describe uncontrollable risk. In the big mountains, particularly the ones with ice and snow, there are more variables. Primarily the melting of ice which cause avalanches, serac collapses and rock falls. You don’t find those things on polar expeditions. You have to use good judgement and there is always a level of uncontrollable risk (and there are still crevasses for pulks to fall down as you will see in the film).

All this, though, is true of every situation you will ever find yourself in. We might get hit by lightning right now, a truck might come through that wall and kill us all. Unlikely, but it is possible.

Obviously, I have a higher tolerance than many. But, in the polar world, the objective hazard is actually quite low. However, the chances of an accident, of breaking your leg or getting frostbite etc is relatively high but the mortal risk is low.

Climbing Spectre was different. Here, we took a judgement on risk and decided to scale it another way. 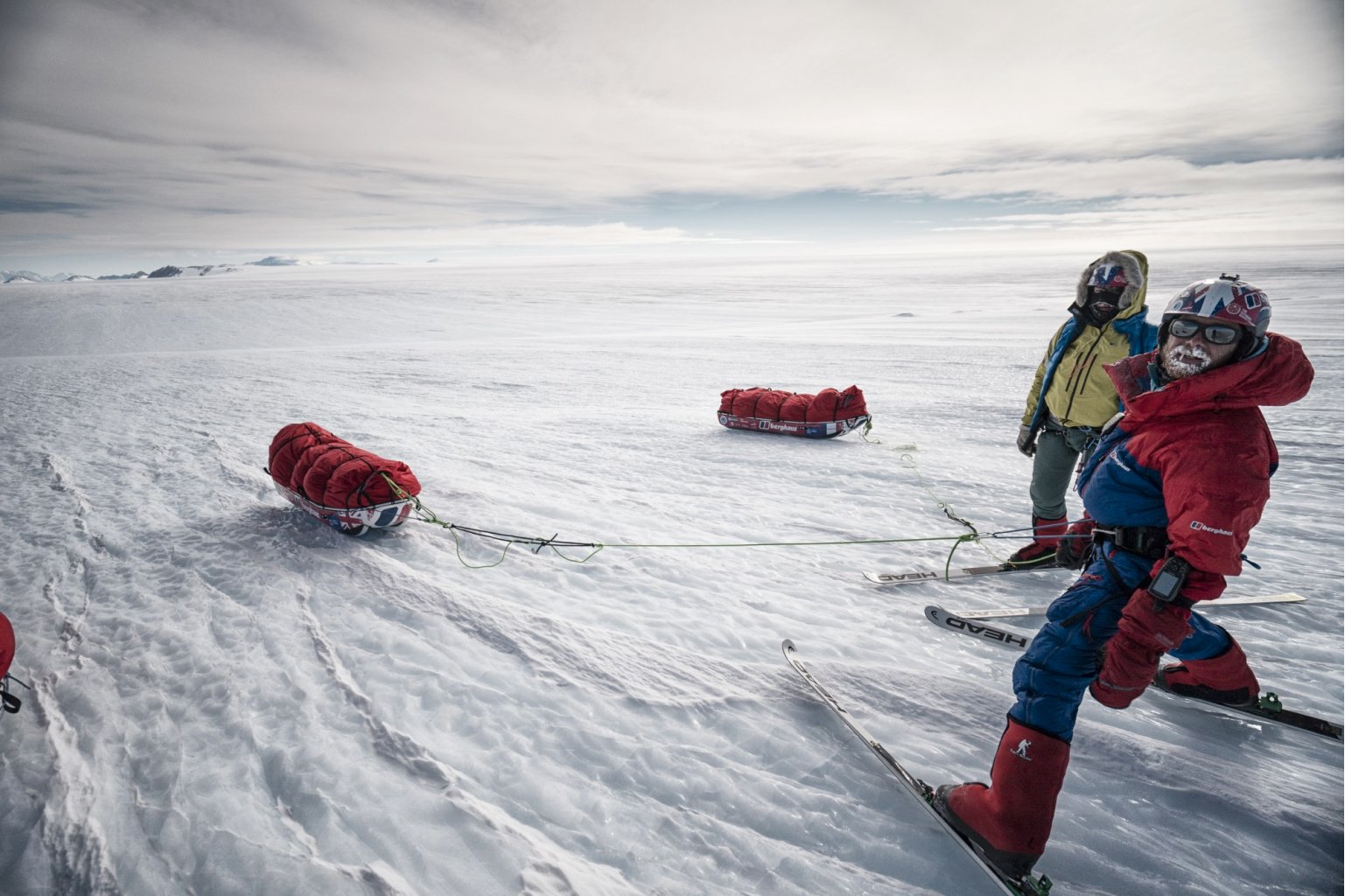 Descending an icefall as the high plateau drops into the Transantarctic mountains. Kites were abandoned shortly before in seriously hazardous conditions.

How do you ensure that you have enough energy and strength for the whole trip?

One rule in the field is 70-80%. Don’t intentionally push as hard as you can. Keep 20-30% of your energy in reserve. There will be a time when you have to go all in but when in deep field and really remote, don’t push too hard. When you are self-reliant, small problems can become big ones and if you are already trying hard as you can and something happens that changes the severity of the situation – you are screwed.

Whereas if you operate on the 70% concept, there’s always more if you need it. I have learnt that the hard way. We did break that rule a few times on this trip but, I’d say as a general rule, don’t push too hard when the consequences are super high and the options for help are super limited. We were a week away from help most of the time – that’s how long it would have taken for a rescue team to get to us.

What do you consider to be an uncontrollable risk?

For me, road cycling is an unacceptably dangerous sport. Everyone seems oblivious that there are so many 89-year-olds driving around who are half blind, there are 17-year-old people driving round half cut, and people sending text messages and looking at Instagram on their phone. And this is every second of every day, millions of them. They are driving a 1.5ton vehicle at 60mph right next to you. That is so dangerous, that is unacceptable. 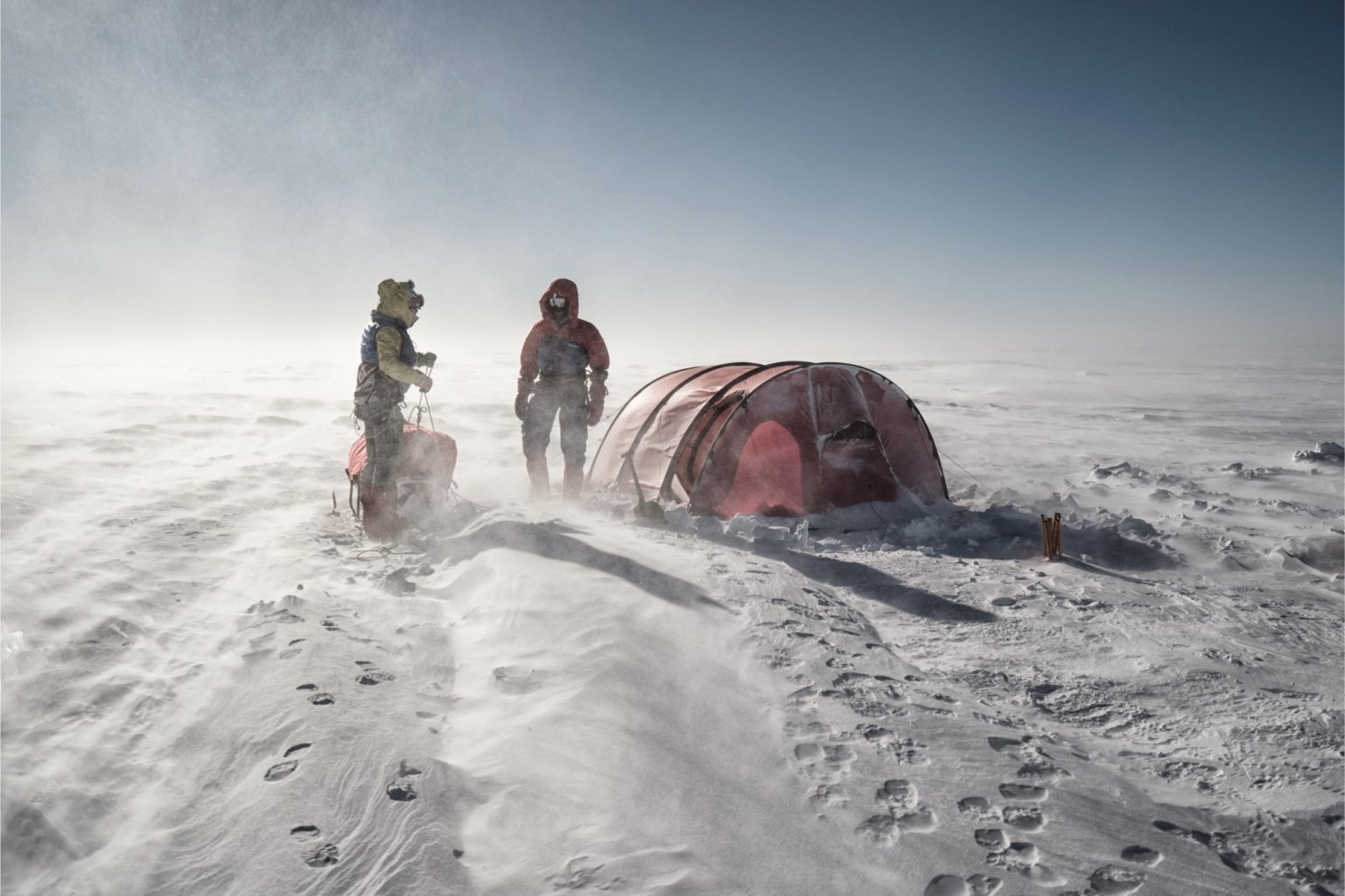 The high Antarctic plateau in the early season is a brutal though beautiful place. 3000m elevation, -40˚C with a constant freezing wind. Without the necessary skill and equipment humans cannot survive for long.

Have you ever been close to dying because of what you do?

Yes, but it wasn’t climbing a mountain. Six months after my first child was born, my best friend died in an accident doing something very dangerous for fun and it was really terrible. His wife was seven months pregnant. It was probably the lowest point of my career and it made me reflect deeply on risk and life.

The worst thing that could happen, happened. There are absolutes and I believed that I should come into line with a more normally accepted version of what is safe.

It was then I had my closest miss, the closest I have ever come to death. I had a TV job in Borneo, everyone else was flying from London and I was flying from Manchester via Amsterdam and Kuala Lumpur. At the last minute there was a change in schedule which I initiated, so I ended up going out a few days early on 14 July 2014. Back in contact with the world, after a week in the jungle, we heard the news about Flight MH17, which had been shot down over eastern Ukraine.

I had originally booked a seat on that plane.

What stopped me from dying on that occasion wasn’t judgement. I had clicked a mouse and changed my schedule. In a spilt-second decision, fate intervened.

A full plane that included 80 children went down, 289 people died and immediately I decided: I am going back up the mountains. You cannot live in fear. You can’t hide from risk, it is inherent. Those 289 people were not base jumping or climbing peaks. They were normal people going on holiday for a nice time with the kids.

It’s a massive cliché. You might get hit by a bus but probably not. But, if you do the things I and my friends do, statistically you are a lot more likely to die young. That is a fact. Also, you can get good at these things and you can limit a lot of the risk with skills, judgement and experience. After 20 years, I still make mistakes, but I get better at it too.

So, be aware of risks but don’t focus on them too much because that can hinder you in life. Don’t live life in fear. 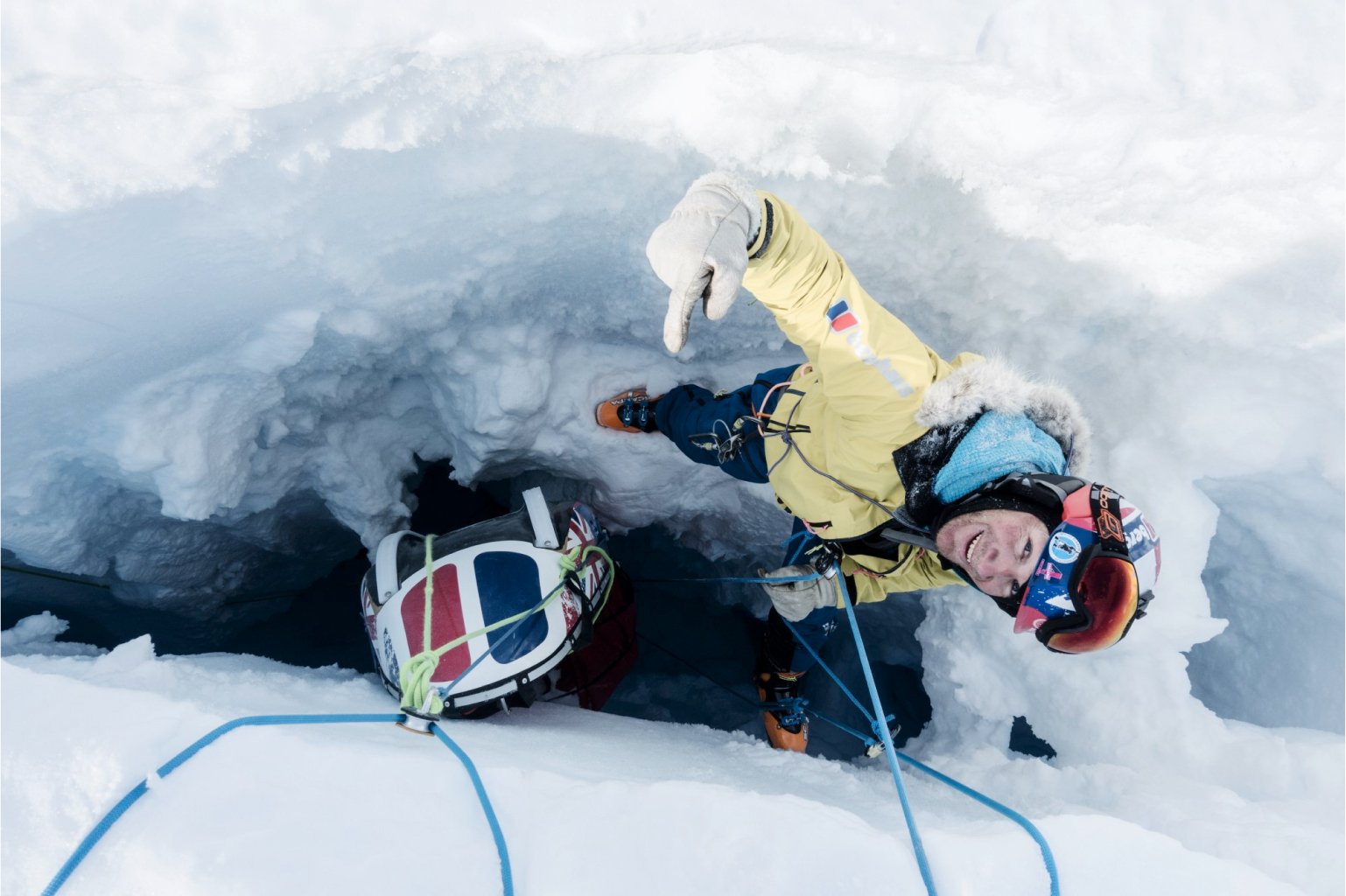 Jean Burgun to the rescue during #SpectreExped- Less than a kilometer before the end of our 350 km kite approach Leo’s worst fear became reality. “Suddenly I was yanked violently backwards as a snow bridge collapsed beneath my heavy pulk pulling me towards my doom. Thankfully it was not my day to leave this world and huge sledge wedged in the deep crevasse.”

You can hear more from Leo on his current Spectre Expedition Speaker tour, find out more about tickets and tour dates, here.

What Makes a Berghaus Jacket Interactive?