Step 6: Sport Climbing in Abruzzo – Mick Fowler – From Cancer to the Himalaya

Abruzzo is one of those off-the-beaten-track places, peppered with hilltop villages and steep crags. The climbing guide had been knocking around our house for some time and from what I read it seemed a relaxed, laid-back place to improve my rock climbing strength after my cancer setback. 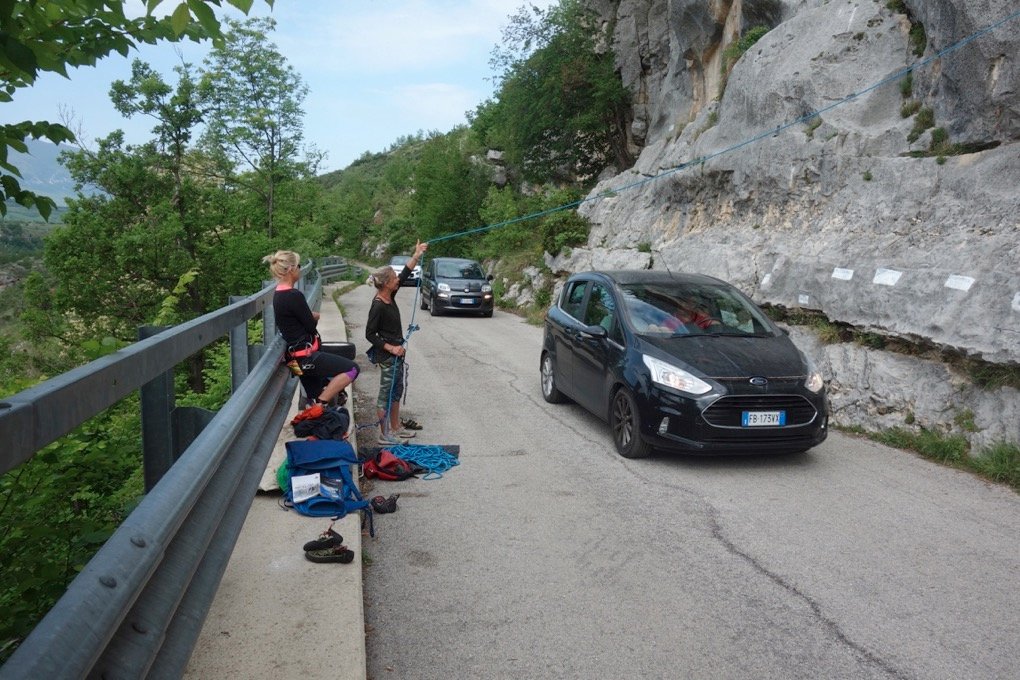 A rope tangle with passing cars could have unfortunate consequences. Only in Italy…

The personality of Italy comes through loud and clear on the crags of Roccamorice near Serramonacesca in the Majella National Park. Here, many of the climbs start straight from the road, with ground anchors in place on the far side. In the UK there would be angst and grief whenever a car came, but here drivers seemed to find it entirely normal to have to wait while belayers lifted the rope over their roofs.

It was Kevin and Jaq, who run the delightful Kokopelli camping site near Serramonacesca, who not only suggested Roccamorice but were also kind enough to take us there in their little flower-covered car. The day was just the job for relaxed, sociable climbing and a gradual reintroduction to the joys of steep rock. 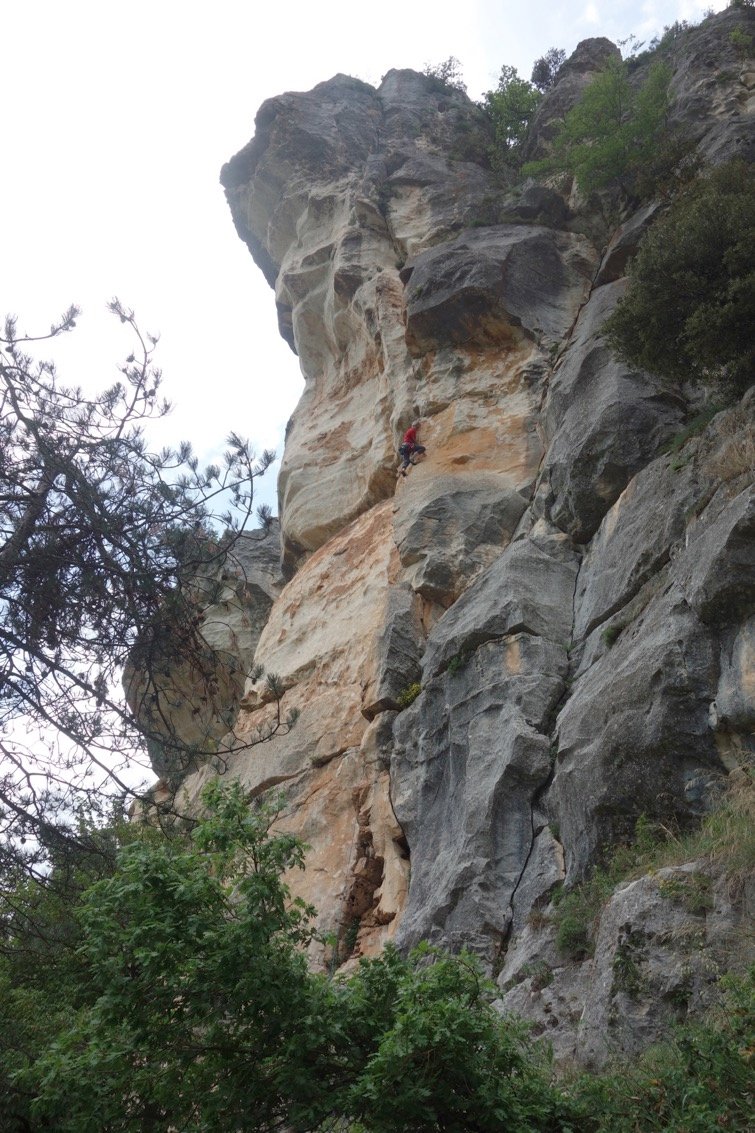 Convincing myself that my arms are not as weak as they feel as I get back into rock climbing.

Chemotherapy, radiotherapy and general recovery time meant that I had done virtually no rock climbing for seven months. My arms felt as if every cell in them was straining. But it was good to be back on the rock again and after a few climbs I was beginning to feel some confidence returning. I will need to get the standard up before heading off to the Himalaya with Victor Saunders in October, but this was a great start, heading in the right direction. All will be well.

And I couldn’t help noticing how much fine-looking rock there is in the Majella region. It appears that a return trip is called for. 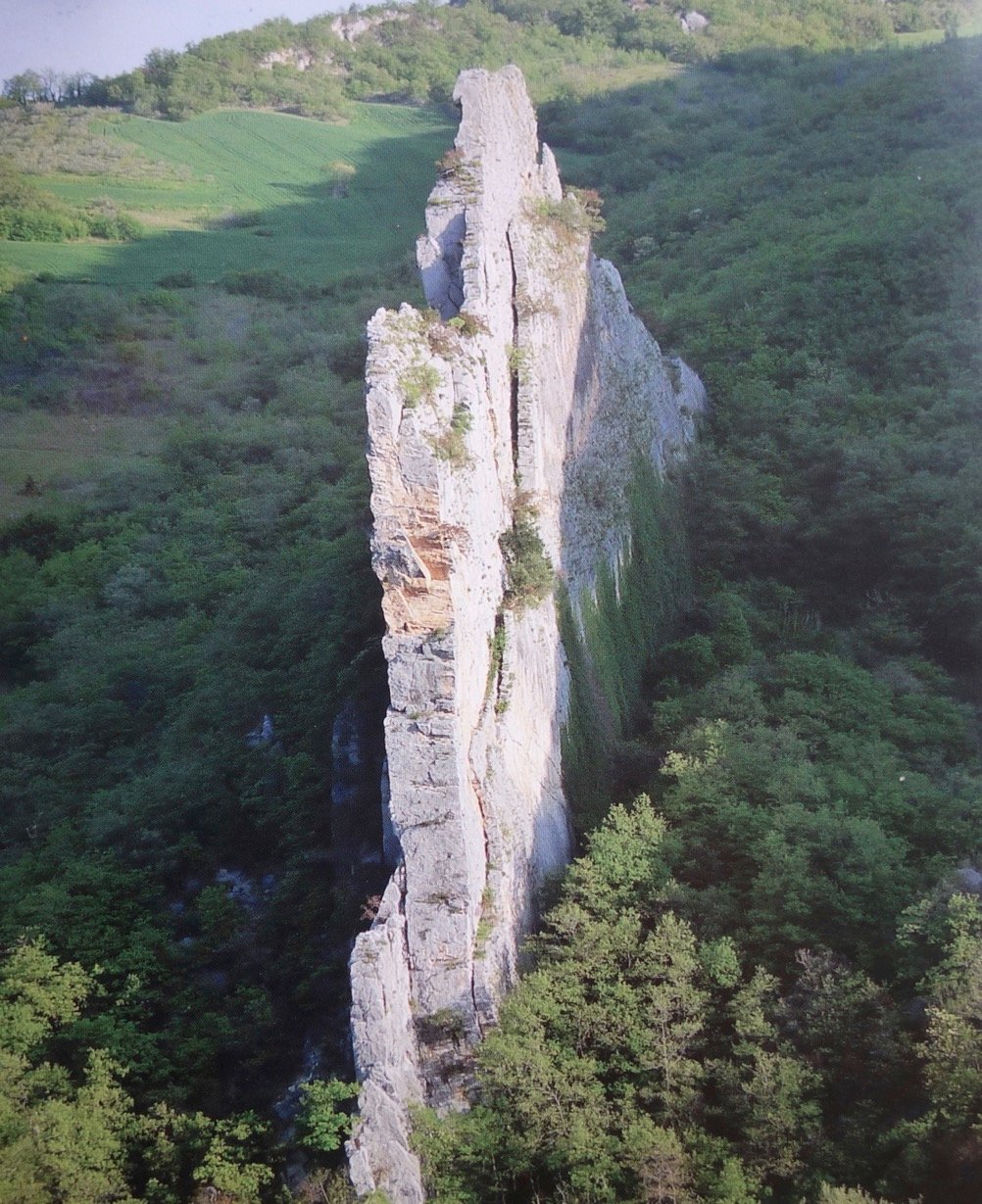 Plenty more rock to go at in the Majella area.