Arriving on the Isle of Skye kind of felt like the end of the road. I’d cycled over 1,500 miles and climbed 79 routes to make it to that point, but even so, there was still the matter of the last few ascents that would bring that number to 83…

It was no secret that the weather had often been the biggest challenge for me throughout my journey. I’d battled it successfully during the Welsh leg, but by the end of the Scottish leg I was becoming tired of dealing with it. I don’t mind getting rained on, but the constant worries that come with soloing climbs in bad conditions had become draining, and I was thrilled when my friend Neil Gresham agreed to partner me for the very last push.

As we walked out of Glenbrittle campsite together, the mountains in front of us were obscured by a thick bank of cloud. Rain was pounding on our jackets, and it was almost comical that we were thinking about going climbing. We eventually found the bottom of the Sron na Ciche buttress, and a very character building few hours ensued of climbing extremely wet rock with torrents of water running down it, combined with no visibility and a very cold wind. It was obvious to me then that the Scottish summer was officially over, and winter was well on its way. 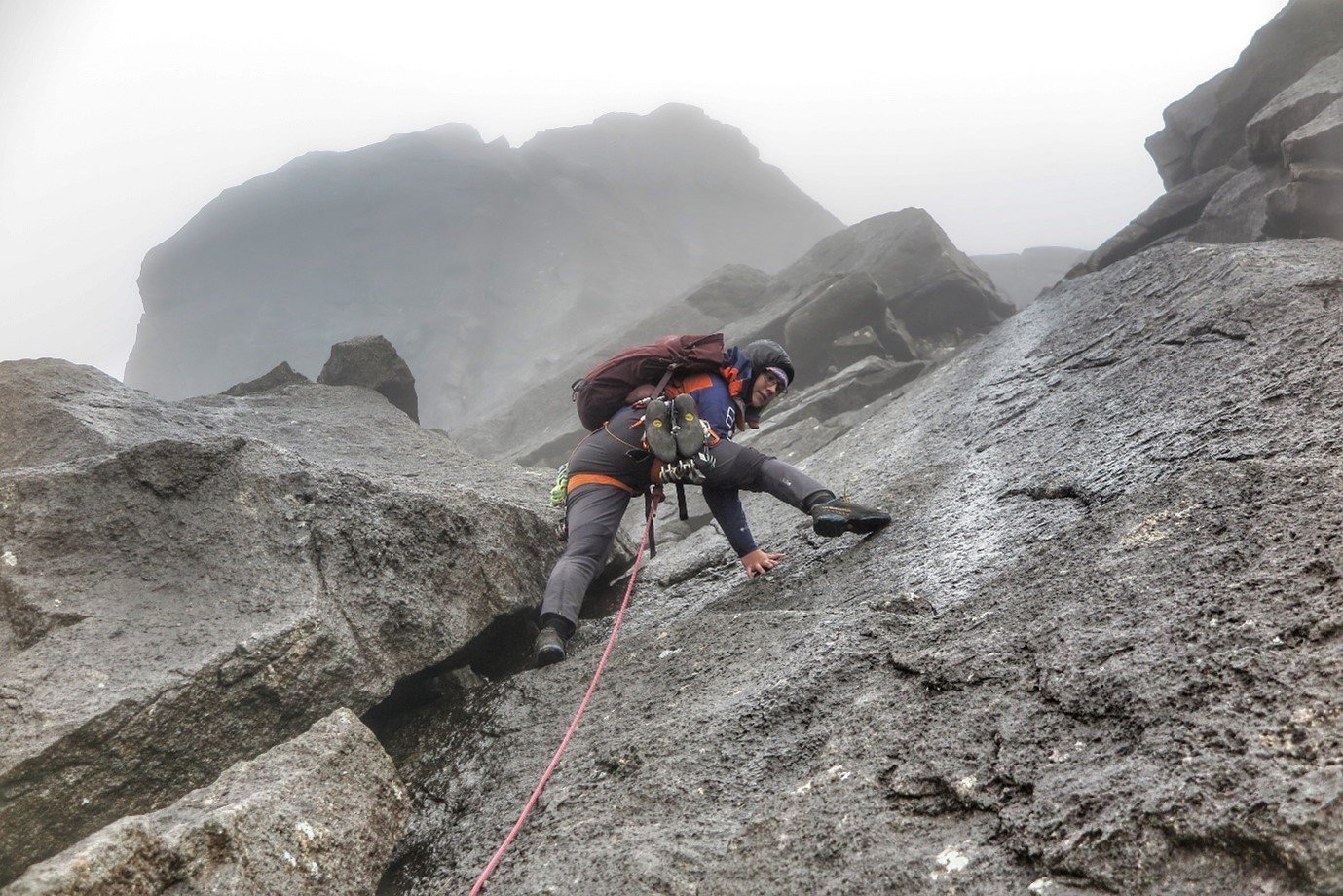 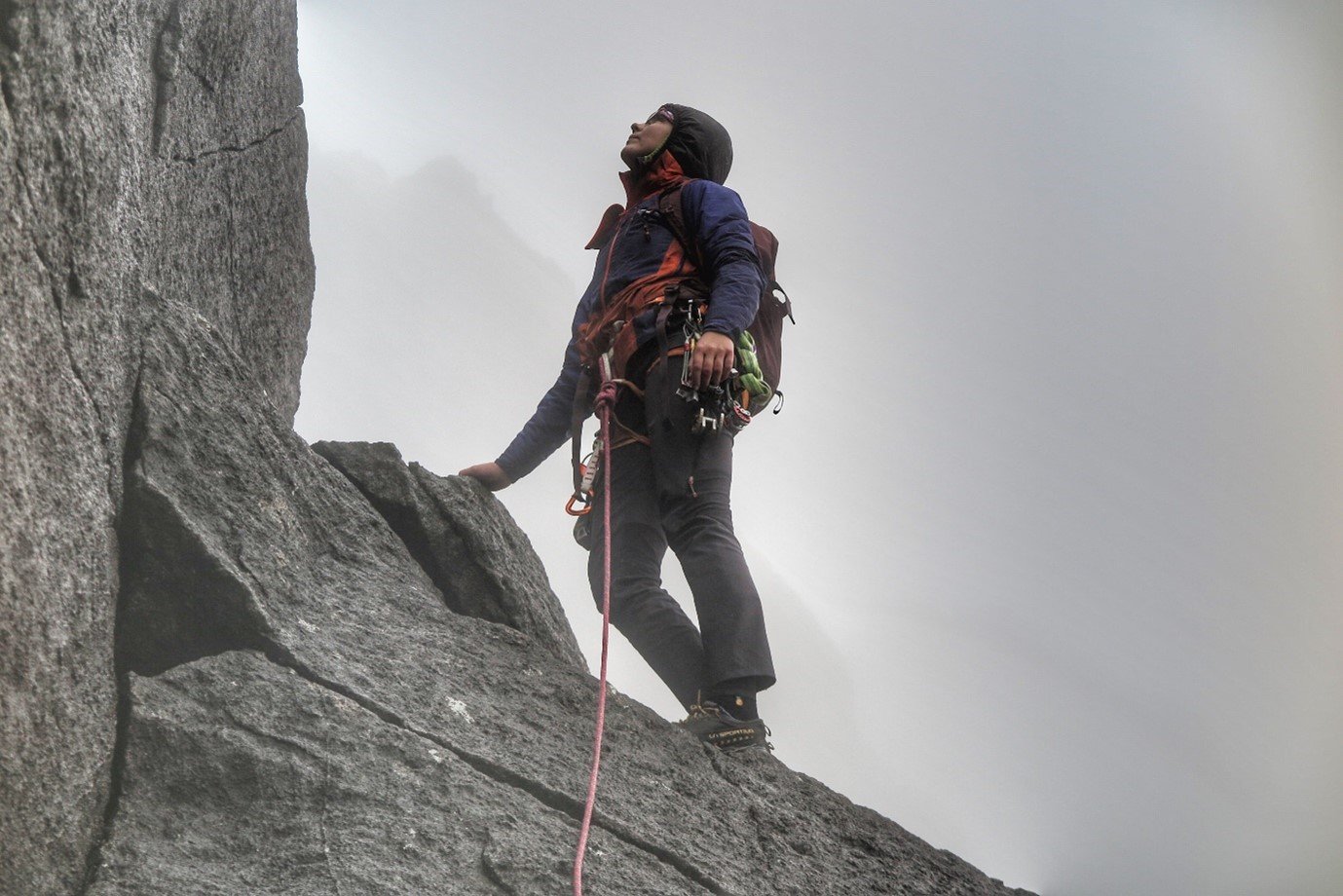 The Cuillin Ridge was, if it were possible, even worse. I had dreamed about doing this iconic mountain route as a finale, but had always imagined it in sunshine, with the stunning views off either side fully visible. In reality I could barely see twenty feet in front of me, and the whole thing just turned into an endurance test of coping with the cold, wind and rain for hours on end. I scrambled up the Inaccessible Pinnacle and Am Bastier Tooth as quickly as I possibly could, then descended and carried on with barely a backward glance. I plan to return to the ridge to fully appreciate it next summer, but I have to admit that on this occasion, I just wanted it over with. Getting back down from the mountains was an enormous relief, and after a while the realisation that after all this time the Classic Rock round was finally over began to sink in. 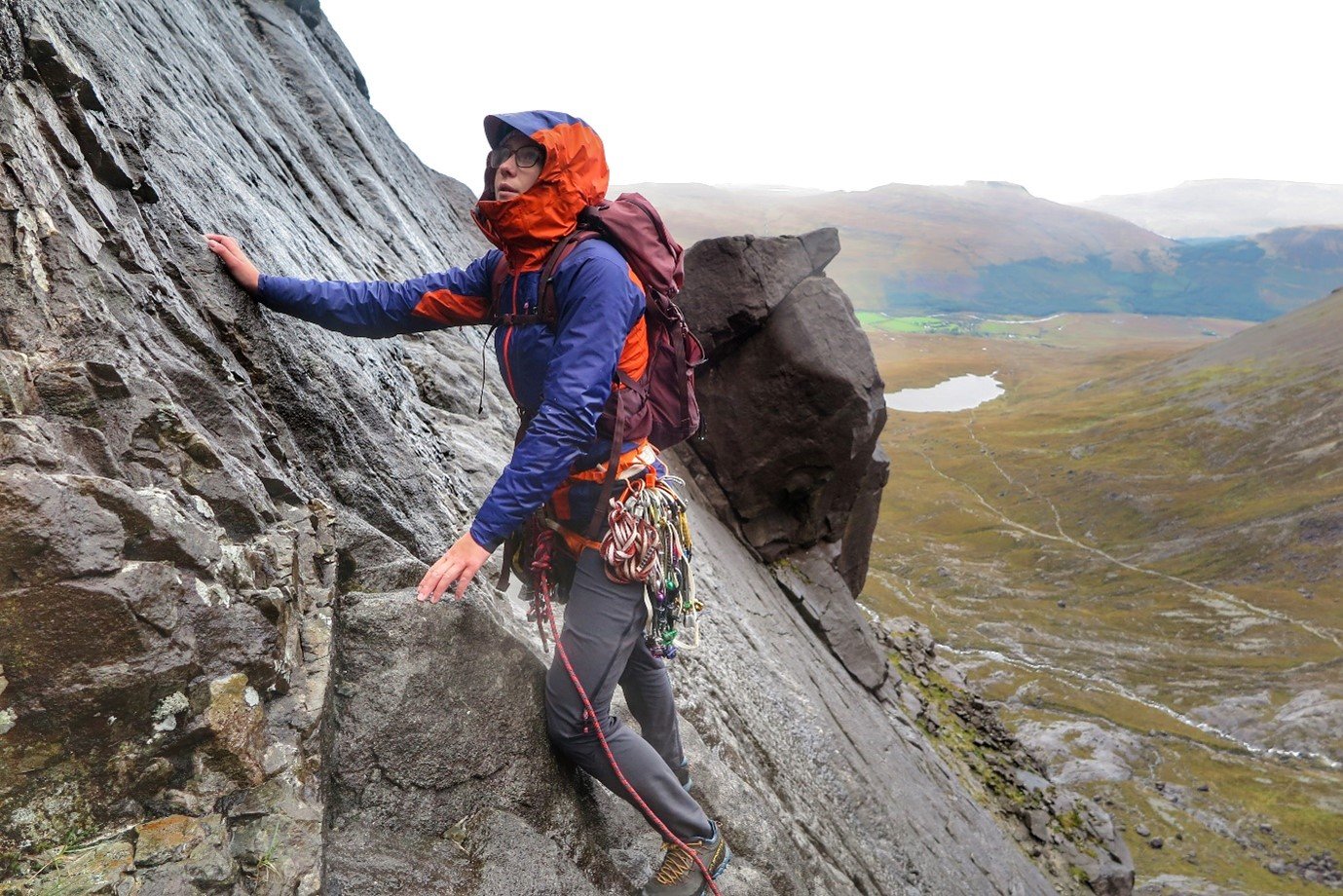 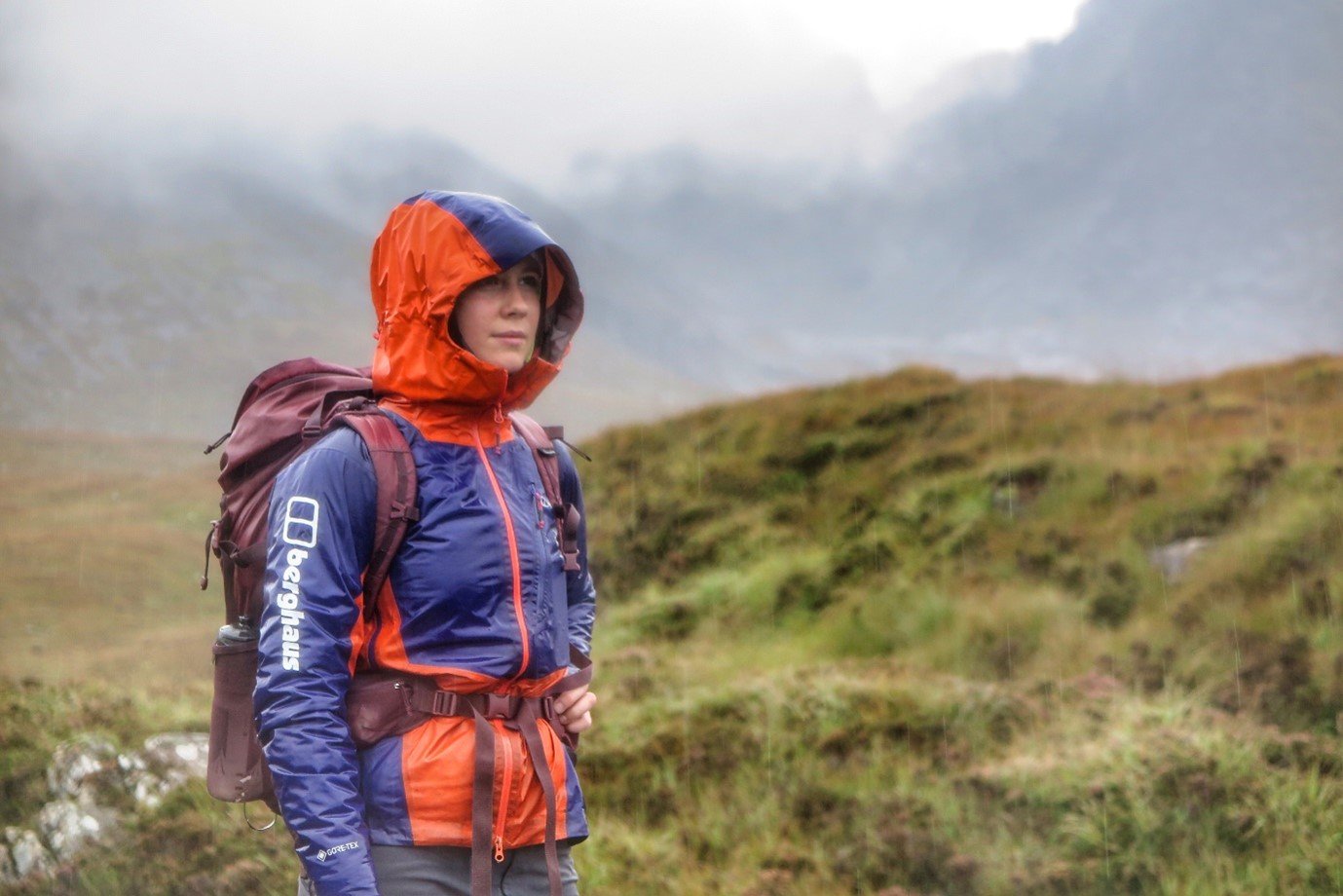 All in all this whole experience has been pretty great. I’ve learnt a lot about how to look after myself on big mountain routes in bad conditions, and I’m looking forward to putting some of that knowledge to use when coming up with future projects. I’ve also learnt how to cycle tour, and I can’t wait to take my trusty Bombtrack bike on another adventure next year! There’s been some bad moments for sure, but it would be hard to do an eight week long trip without any, and they are all learning experiences in one way or another. I would never have gotten around to climbing most of the routes in Classic Rock had it not been for this challenge, and I do think that it was a great way to experience the amazing variety of climbing that the UK has to offer.