‘Two months of discomfort ahead’ the doctors said.

This anus removal business is not to be taken lightly. I inspected the photograph that I had asked the nurses to take of my new look bottom. Wow!

I sensed many hurdles ahead. 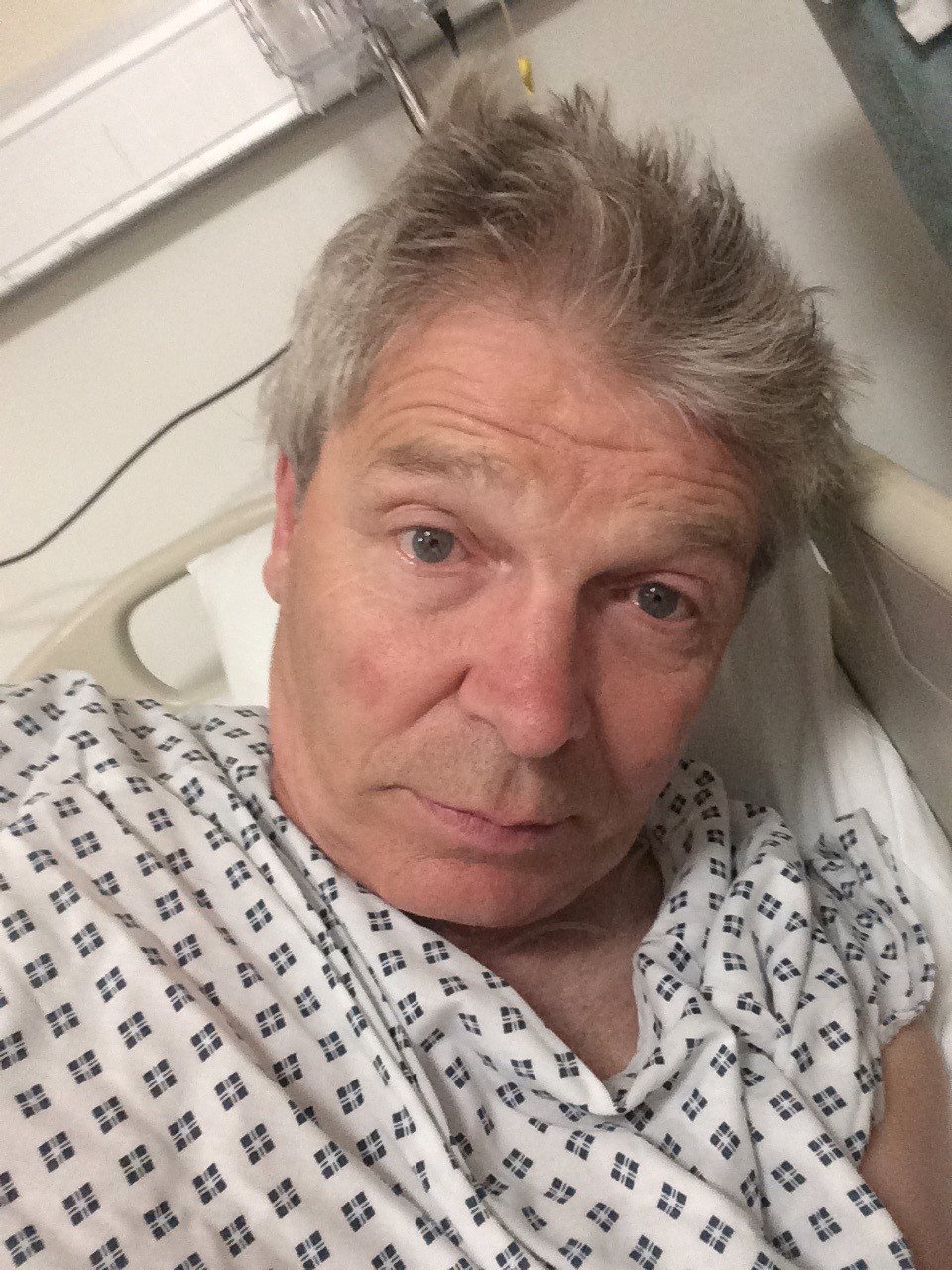 Hurdle 1. The challenge to escape hospital.

Huge ‘pizza slices’ had been carved out of my buttocks and floated into position to seal everything up.

It appeared that if I had cultivated a bigger bum these slices wouldn’t have been necessary. Take note. Big bums can sometimes be a real advantage.

Sitting down was clearly going to be a major challenge for some time.

‘Small steps’ I was told.

From a standing start at the hospital even overcoming my first hurdle and getting into position on the home settee felt like a big step. 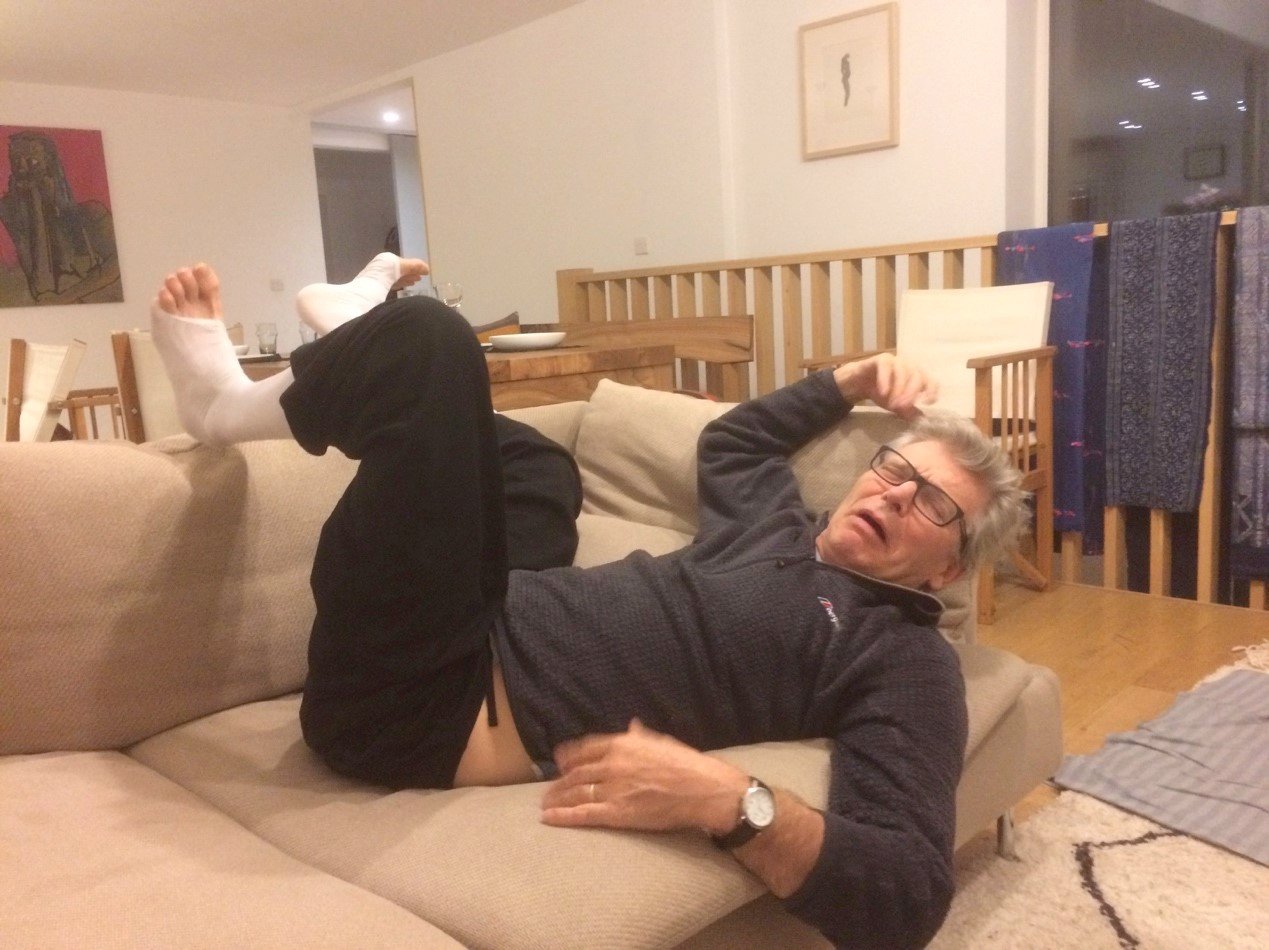 Settee days. Hurdle 2 is to escape settee and take off fetching DVT socks.

It took six weeks of ceiling staring before I progressed to lying outside on a less forgiving recliner. But my bum still hurt big time. Wah! 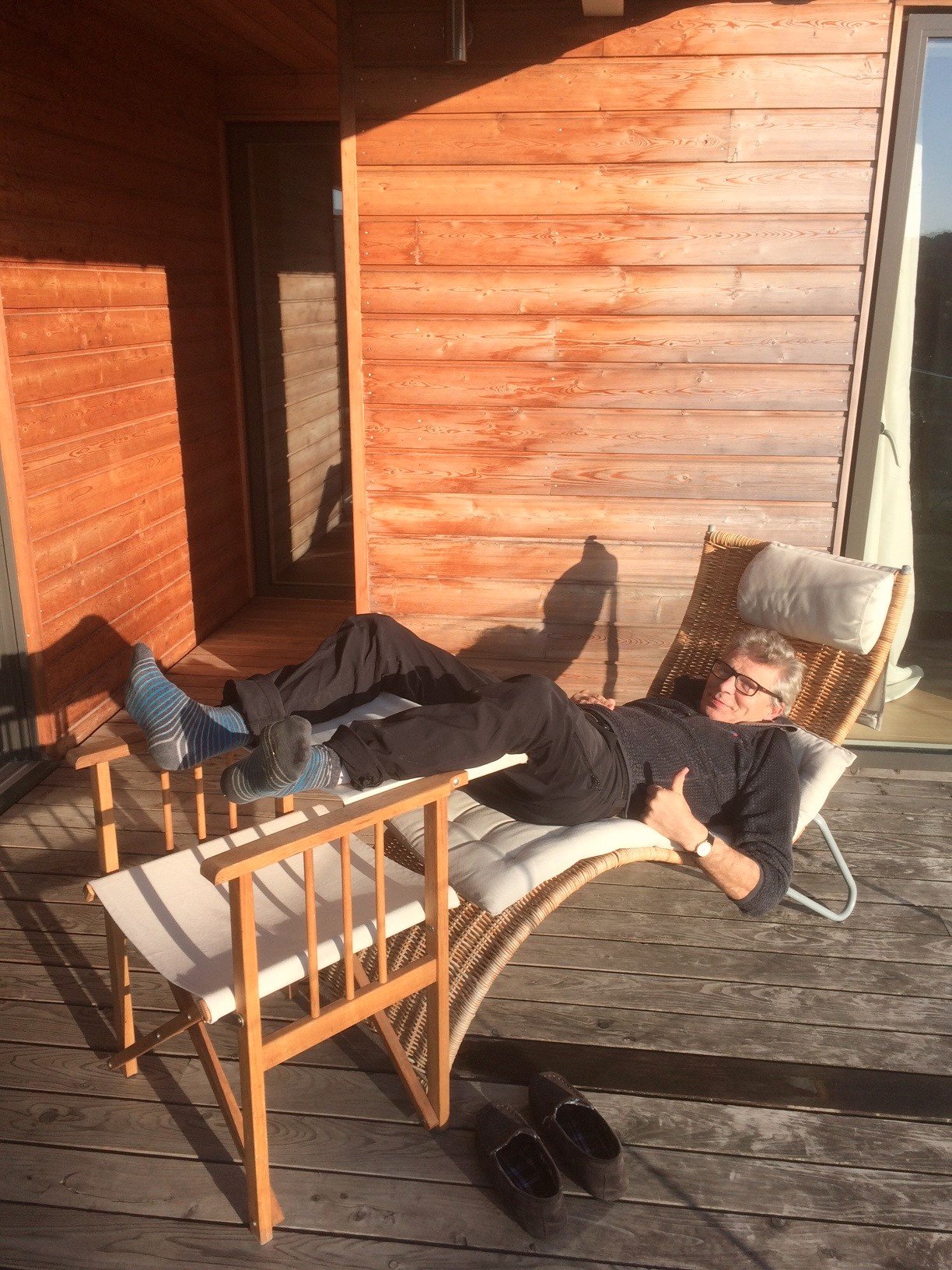 Small steps. Progress to outside recliner. Buttocks raised by any means.

By seven weeks there seemed little reduction in pain but out of desperation I was managing to take the dog for very short walks.

The dog is old and slow but still looked disappointed with the Fowler pace.

In week 8 I cut the grass. Never thought it would feel such a challenge and such a big hurdle overcome. This being ill business is really tedious.

And also in week 8 I managed to venture out of the house for a beer with climbing friends. They had to come and pick me up but it still felt a big, brave step.

Ok it’s quite a few months before Vic and I are off to the Himalaya but small steps lead to bigger steps which lead to great things. And I can certainly say I am already fully prepared for any uncomfortable bivouacs. 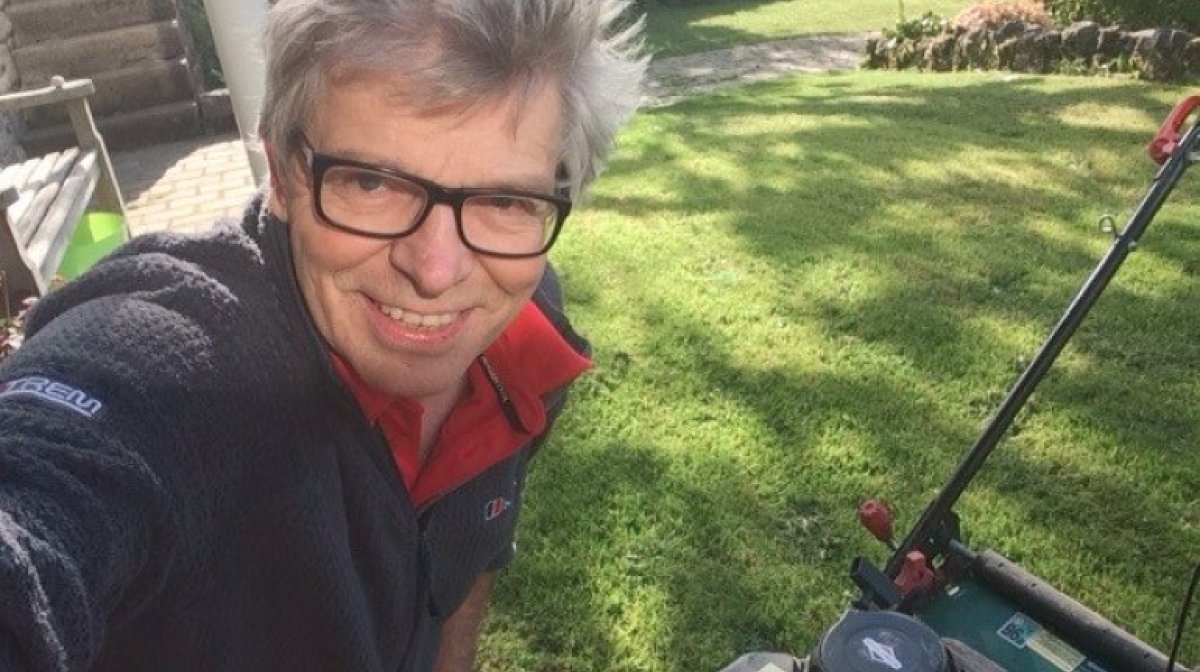 Never thought I’d be so proud to achieve such a mundane task.

My poor bum is still stunningly painful but the doctors tell me they have cut all the cancer cells out and my brain is gradually emerging from the haze induced by too much time staring at the ceiling. The hills are calling.

It’s TIME TO GET OUT.