‘Your cancer is back,’ explained the doctor.

‘S***!’ I was just back from a week in the Alps with Victor Saunders and the build-up to our trip to the Himalaya in October had all been going so well.

Removal of the lower part of my digestive system was quickly decided to be the preferred way forward. Soon I was sat feeling small in an extra-wide chair while I waited for the surgeon. 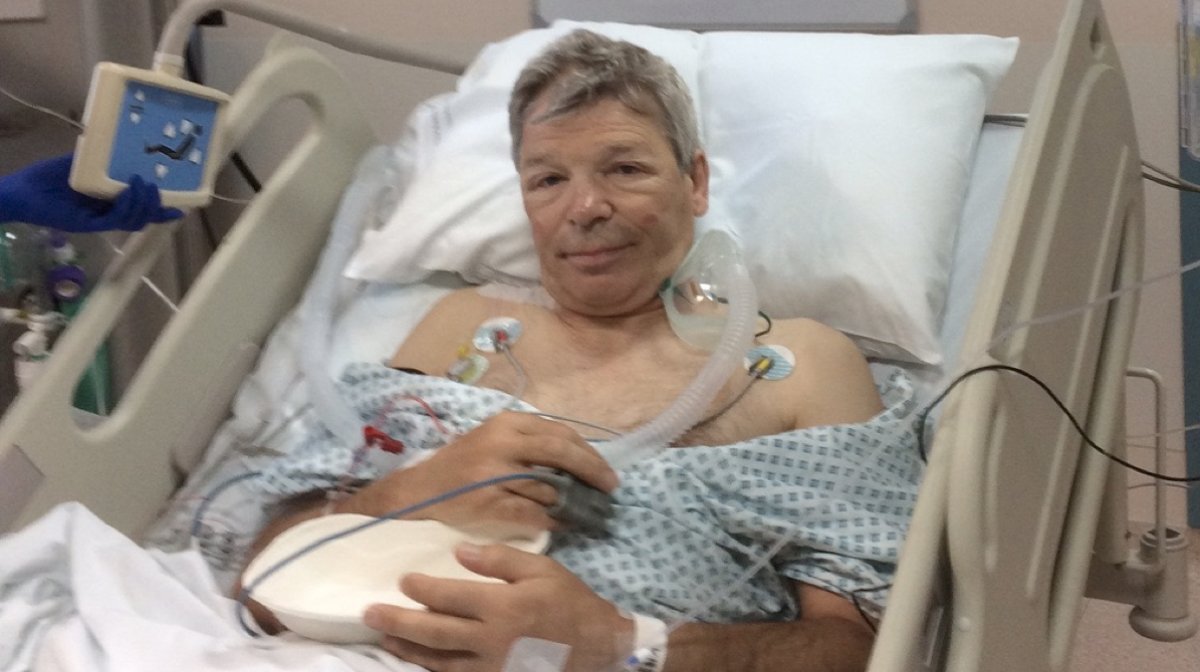 Perhaps they were expecting a patient with a larger bottom?

As I felt 100% fit, it didn’t feel quite right agreeing that the surgeon should cut a large chunk out of my bottom, slide pieces of buttock into the hole and fit me with a stoma bag.

‘You are sure there’s not a terrible mistake?’ I asked. It appeared that was not a possibility.

Eight and a half hours later I awoke connected to a bewildering array of tubes and wires. An oxygen cylinder caught my eye. It struck me how unethical this would be in the mountains. But here it felt wise to succumb without comment. 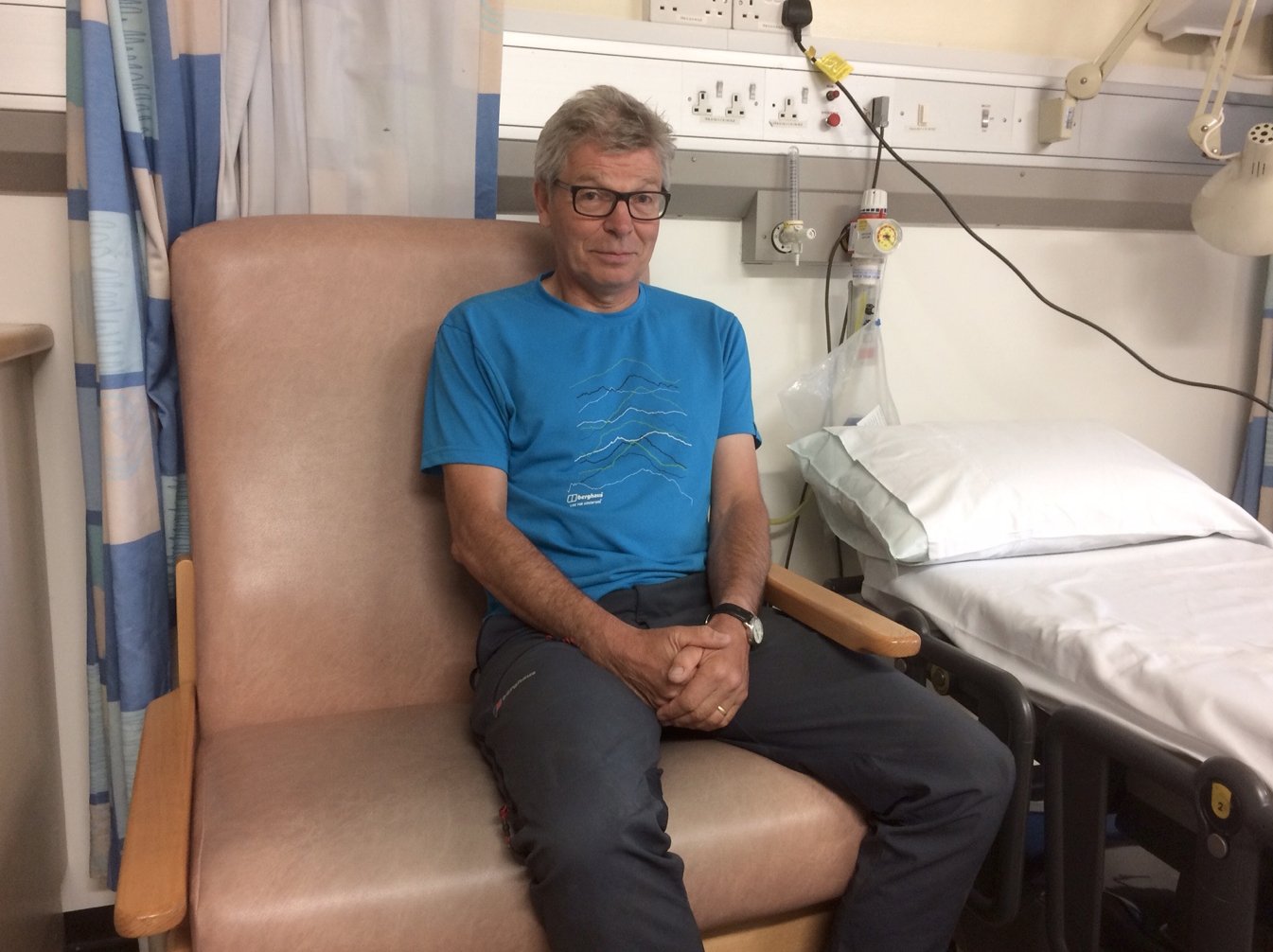 Oxygen? Mountain ethics or not, I was happy to comply.

Victor and I had been due to leave six weeks after the operation. That clearly wasn’t going to happen. But the surgeon was familiar with the rigours of Alpine-style Himalayan climbing.

‘You’ll be fine for pre-monsoon next year,’ he assured me.

The literature I was given suggested the next couple of months might not be very exciting. ‘Don’t lift anything heavier than a half-filled kettle’, ‘sit down to do the ironing’, and more intriguingly, ‘it is dangerous to allow intercourse with your stoma.’ Argh! Reading all this recuperation material is a bit grim.

Time to get out. But only gently for the moment. 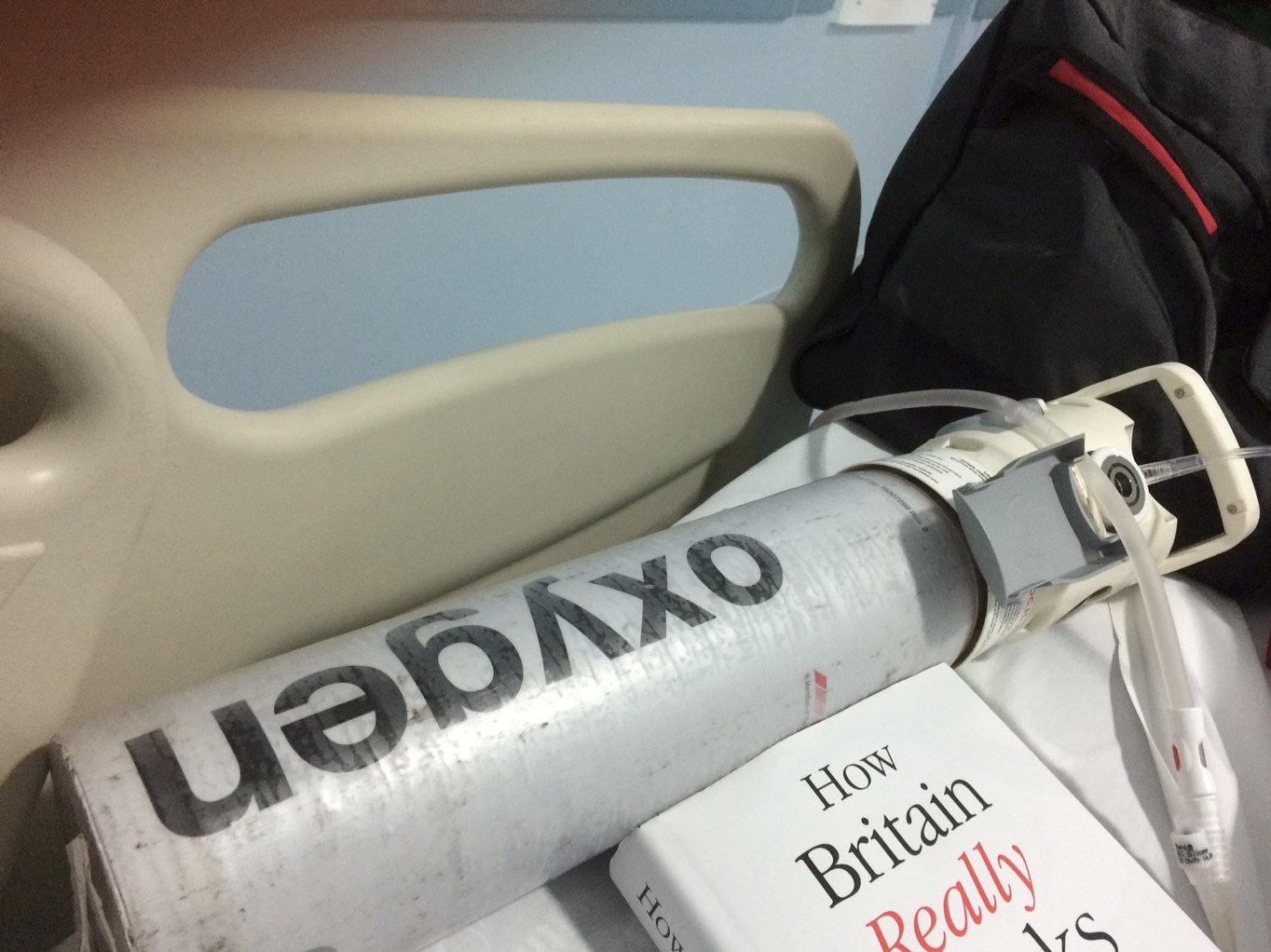 Face swelling nicely after 8.5 hours on the operating table. The road from hospital to the Himalaya starts here.

The Next Chapter from The Mick and Vic Re-union Trip…